– October 2017; settlement $114,000, motorcycle collision with severe residual injury; case settled for limits of insurance, with substantial improvement in net to client through negotiation with State of Ohio Medicaid, and with medical payments insurance coverage.

– May 2017; settlement $77,200, automobile collision with low property damage and no injury reported at the scene, settled two weeks before jury trial, case and client had initially been represented by large TV law firm here in Columbus, Ohio (I don’t get paid unless you get paid); and TV law firm quit and refused to provide further representation to client due to low property damage.
​
– September 2016; settlement $500,000 instantaneous, wrongful death of a 32 year old single, unemployed, recovering heroin addict, who had limited contact with her mother and father who lived out of state, had lost custody of her 12 year old daughter; had no visitation rights, but was fighting to regain visitation rights for a 12 year old daughter, which had been taken away from her because of her previous addiction. Expert witness; Jolie Brams PhD

We will help you maximize your injury settlement.

Injury lawsuits are often complex and may involve many people and numerous details, choose a lawyer who has a proven history of success against aggressive opposition. You don’t have to feel alone during this difficult time. We can help you sort through your important legal matters. Let’s get started. 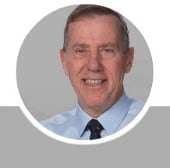