The time between Christmas and New Years is deadliest for drivers. Here’s why…

by Chuck Bendig | All, Vehicle Accident 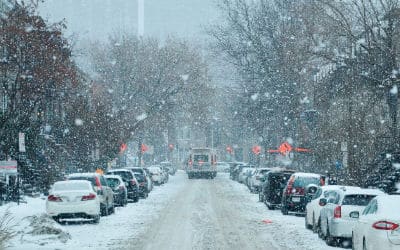 According to the National Highway Traffic Safety Administration, the Holidays (between Thanksgiving and New Years) are considered the “deadliest of the year” in terms of auto accidents.

If you’re involved in a car accident when you’re not at fault, and you suffer an injury, you may have the right to file an accident claim. You should hire an attorney as soon as possible to find out what your rights are.

It’s also a good idea to learn why car accidents are more frequent around the holidays. Here are the top 4 reasons.

1.Too much “indulgence” at Holiday parties
Almost 40% of all fatalities that occur during the Christmas holiday period involve at least one driver who was impaired by alcohol. People are attending office parties or family parties, having a great time, and there is a tendency to overindulge. While you may know you shouldn’t drink and drive, even “just a few” can have serious consequences. It’s always best to avoid getting behind the wheel, even if a person only has one or two drinks. Utilize driving services such as Uber or Lyft.

2. Increased Holiday Stress
The Holidays are as stressful as they are cheerful. Coordinating holiday events, having a house filled with family, and the crowded shopping excursions, can all lead to increased amounts of stress. Especially when dealing with holiday traffic. People have a tendency to become sloppy when it comes to safety, and neglect the rules of the road. That stress can create mental distractions, resulting in the higher likelihood of a car accident.

3. Increased traffic
During the month of December and January, there are more vehicles on the road than any other time during the year. This, of course, results in the potential of more car accidents. A factor that’s compounded when out-of-towners are added to the mix. People traveling in the area won’t be familiar with the roads, which means more people slamming on their breaks when they realize they’ve missed their exit. As a result, it is best for people who will be driving to give themselves more time to reach their destination and try to be more vigilant.

4. Improper Vehicle Maintenance
During the holidays, money is usually tighter than the rest of the year. Drivers begin skimping on vehicle maintenance and instead use the money to buy gifts. This is never a good idea and could result in you being stranded on the side of the road or a larger final repair bill. One way to avoid car accidents is to invest in vehicle maintenance during the holiday season, just like you would during other times of the year.

If you’re involved in an auto accident during the holidays and it’s due to someone else’s negligence, call Attorney Chuck Bendig at 614-878-7777. He can review the facts of your case and determine whether or not you have the right to file a lawsuit.